We have had two very rough weeks in the world’s financial markets. The stocks and bonds have sold off aggressively in the U.S. and across the globe. The S&P 500 went after its 2022 low that was set in June. Overseas rumors of a military coup in China, currency intervention by the Bank of Japan to support the Yen and continued challenges across the board in Europe all added to the volatility in financial markets. Although Friday looked like some sort of a short-term low because of the liquidation, going forward there are huge problems to be addressed.

Friday’s option trading set some all-time records. Specifically put option buying was the highest volume on record. This means that more people bought insurance against U.S. stocks selling off than in any day in history. The last biggest put volume day was the low of the market this June. This tells us that sentiment is terrible – many more market bears out there than market bulls – which generally means that a lot of most of the selloff may have already happened.

For years we have been noting the lack of foresight from the world’s central bankers and specifically called the Japanese yen the “canary in the coal mine” of the collective attempt to print money to generate prosperity. We are worried now that about our canary is living on borrowed time. Take a look at the recent price action in the Japanese yen… 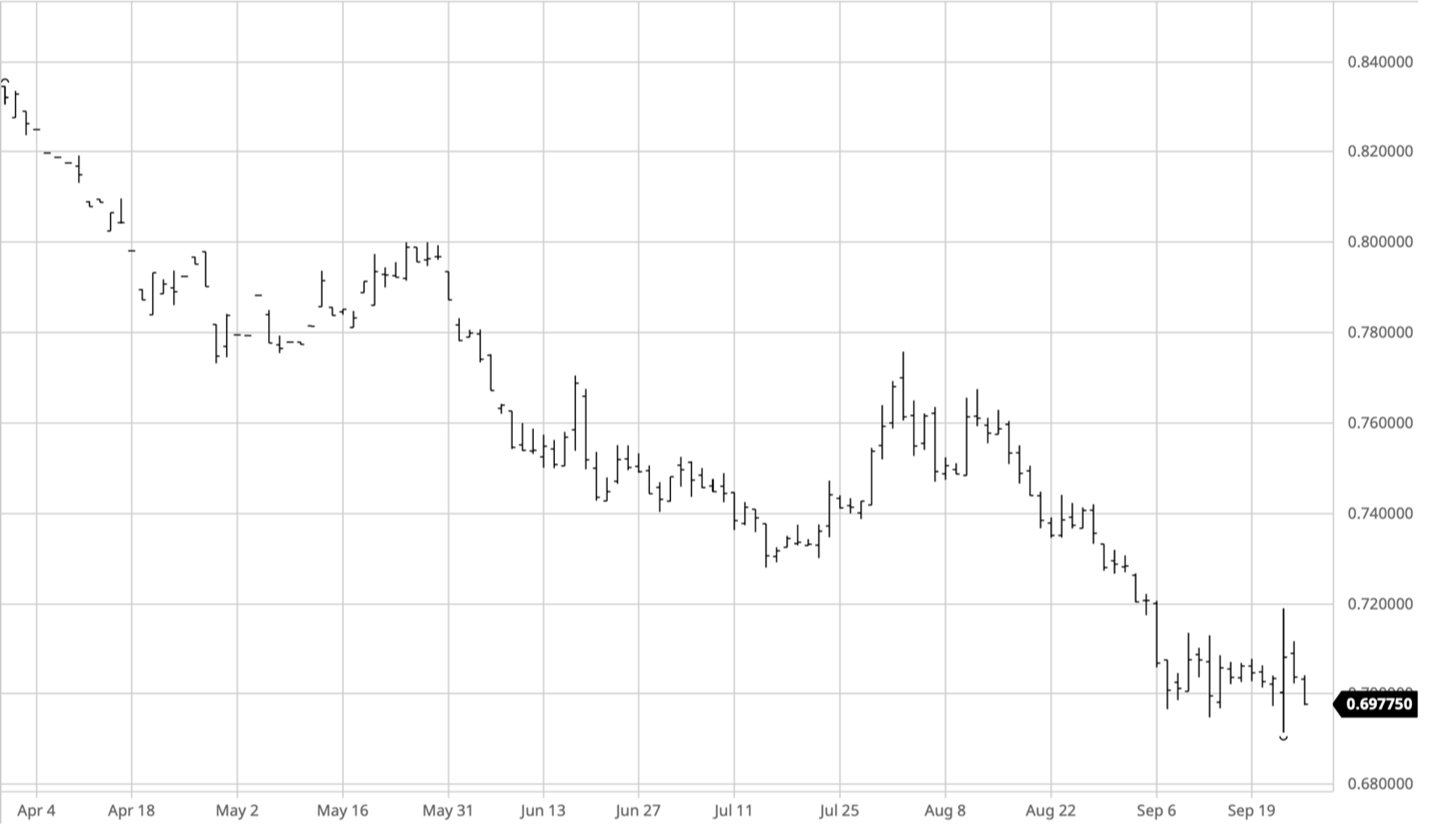 The big trading range you see from last week represents the Bank of Japan intervening and propping up the value of the Yen – which as you can see has lost 20% of its value versus the U.S. Dollar just since April. That is a staggering move for the world’s third largest economy, and we fear it will get worse. Their interest rates continue to lag the rest of the world and their bond market is barely trading. The owners of Japanese Government Bonds are simply selling those to the Bank of Japan at artificially inflated prices. The BOJ now owns 540 trillion-yen worth of the government bonds – yes you read that correctly. This is a monetization of debt that will eventually end with the yen being worthless. We have no perspective on the timing of that, of course…

The strength of the U.S. has spilled over into Britain as well with the British pound hitting an all-time low this morning. It has been a DRAMATIC plunge in the pound just in the last week or so. The Chinese currency is weak along with the Australian dollar and New Zealand Kiwi. The strongest currencies other than the dollar are the Russian ruble and the Mexican Peso. We like the peso holding together as it bodes well for North American business. But the situation as a whole is getting dire. The world’s currency markets are getting hit really hard – mostly by the aggressive rate hiking that our Federal Reserve is doing.

Going forward we anticipate that the monetary flight to the U.S. from much of the rest of the world is not going to slow down. What we hope does slow down is the rate at which our Federal Reserve is raising interest rates. The Fed has repeatedly said that they need the economy to slow down after they kept their foot on the gas for WAY too long. Looking at the some of the economic numbers starting to roll in we would say to the Fed “be careful what you wish for.”  If they keep going like this, something is going to break – it may be in the emerging markets, and we may be insulated from it here in the U.S. – but something will break. Keeping an eye on the currency markets will be a good way to keep those things on your radar. Tighten the belt and stay tuned.